Mortgage rates dipped back down below 3% as of Thursday last week but quickly jumped higher again on Friday (so not reflected in the 2.99% number below) after the September Jobs Report landed.

The Jobs Report was a mixed bag of fun and misery.

Usually, a result like that brings mortgage rates down because it signals a weak demand for labor which is bad news for economic growth (good for mortgage rates), but the details of the report tell a different story. Employers are ravenously hungry to hire people, but employees are historically aloof.

It appears bond investors aren’t really sure how to react to that, but they did react to the positive signs for the economy (bad for mortgage rates) scattered in the details of the report:

So for now, mortgage rates appear to be continuing their march higher. 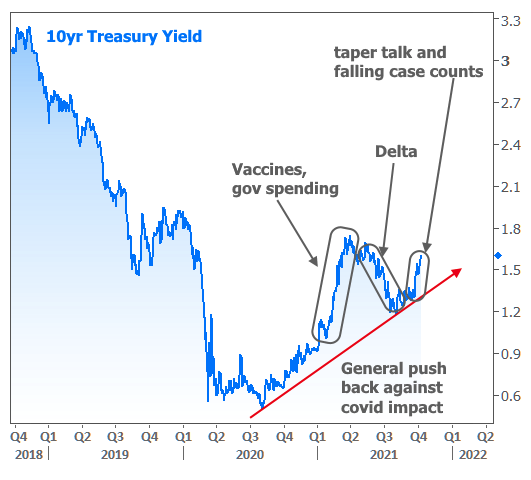 As theorized last month, the larger drop in median price in August looks to be just the result of a drop in volume of sales closed in the $2m price point.

As expected, that was just a timing issue of closings. September saw a big increase in volume in that same category and lo and behold detached median price is back to where we were in July.

The attached median continued its trend higher. Many buyers are being priced out of detached homes. With rents rising fast and interest rates still super low, the attached segment of the market is an attractive option for these folks.

The % to original list price metric continues to showcase the slowing (not crashing) of the market. That steep rise and fall in 2021 pretty bonkers when visualized like this… 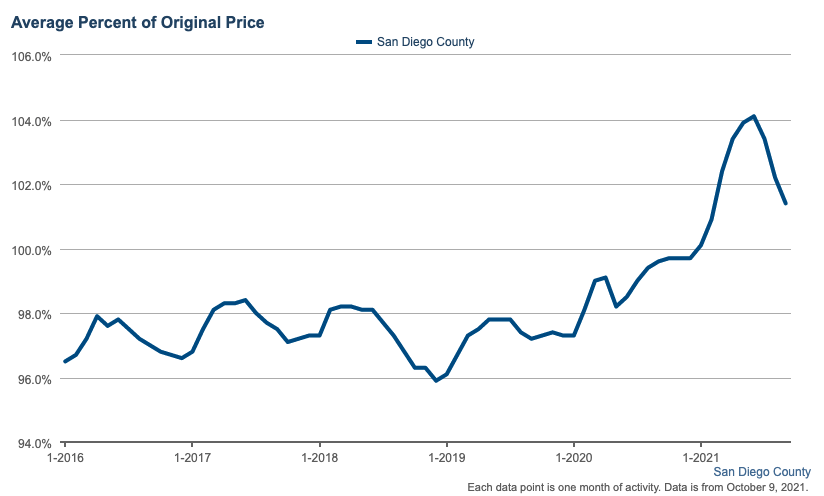 I think this metric is being exacerbated by sellers who are pricing their homes as if we were still in the crazy market of Q1 2021.

Combined inventory fell below 3,000. New listings are down by over 1,000 compared to this month last year.

There’s still a theory circulating that all these mortgage forbearances are going to turn into a glut of distressed listings and thus cause a correction in home prices. So, I feel I need to address that directly – I simply don’t agree.

Yes, a lot of homeowners signed up for forbearance plans. But I think a healthy portion of those people signed up because they could, not necessarily because they had to. And once signed up, why would they leave a program that gives them the option not to pay their mortgage with little to no negative side effects? Exactly…

Also, with such tremendous equity gains over the last 18 months, homeowners have a lot more options than just letting their homes go back to the banks.

As forbearance periods expire, the data shows that a lot of homeowners are exiting successfully. Check out these bullets pulled from Black Knight’s most recent press release: