The news that overshadowed all news last week was the official end of Zillow Offers.

Here’s what we can learn from this:

This week: it’s time for our usual deep dive into the monthly numbers. 🙌

Despite the long-expected announcement from the Fed that they will start tapering off of their bond purchases, mortgage rates actually fell last week which is a bit counter-intuitive.

If you’re a nerd like me and like to understand the WHY behind this recent move, this article offers a great explanation.

The pace of new pending sales dropped last week as well. I’m chalking that up to Halloween for now.

For October, the most notable takeaway is that San Diego County hit a new historic low for the number of homes available for sale.

Other than that, the flattening out of the % to original list price trend also stands out. 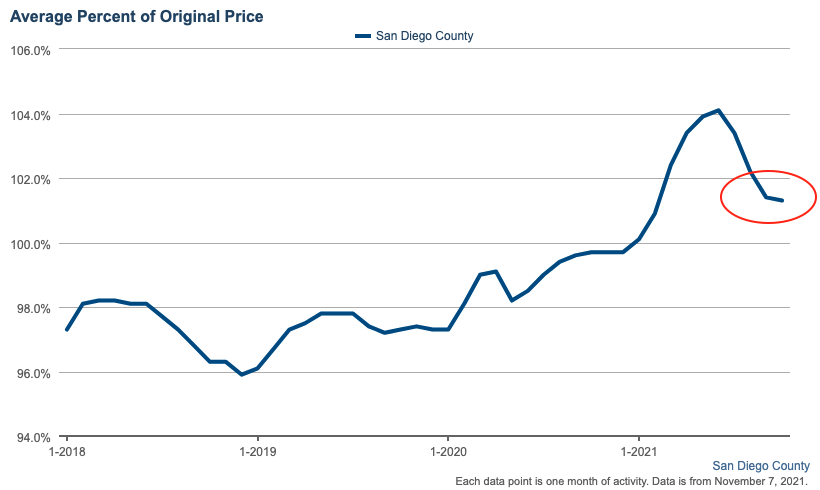 This is a sign that the “cooling-down” trend that we’ve experienced since July has stalled, which makes sense considering the dismal inventory situation. This is the data-point to watch to forecast the short-term (1-2 months) temperature of the market.

To be clear, anything above 100% is still a HOT HOT HOT seller’s market. It’s easy to forget that when we’ve been living in this environment for so long.

Median prices for both attached and detached homes were basically flat month over month. The aggregate median price for the County as a whole is up 16% over this time last year.

Just FYI – it’s pretty obvious that there was an error in the data for the days on the market for attached homes so rather than pass on bad data I just decided to keep it off the chart.

Every month I touch on each one to see how we’re doing using labels. GREEN means upward pressure on prices, YELLOW means even pressure, and RED means downward pressure.

Housing Supply – GREEN
We just set a new historic low, and the trend is still pointing to going a lot lower. This signal couldn’t be any more green. 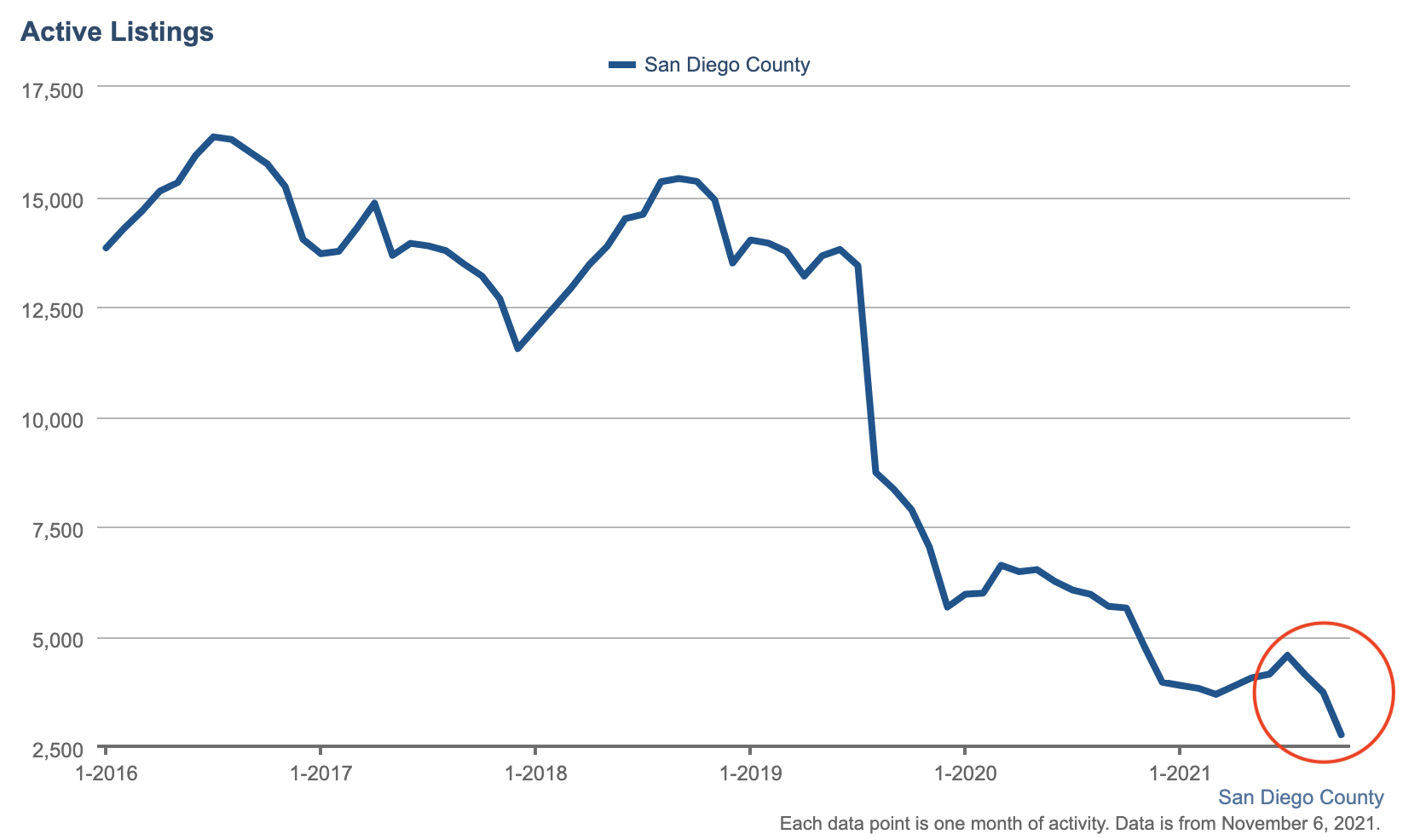 Mortgage Rates – GREEN
Despite record inflation rates and an end to one of the largest mortgage bond-buying campaigns ever instituted by our government, mortgage rates are remaining resilient around the 3% mark. All green here still.

Jobs – GREEN
The October Jobs Report added some extra green to this section.

The US added 531,000 jobs in October, well above expectations. On top of that, the August and September jobs reports were not nearly as disappointing as we thought. August was revised upward by 117,000 jobs, and September’s by 118,000. Wages are showing they are increasing rapidly too.

San Diego unemployment rate dropped from 6.6% in August to 5.6% in September.

Conclusion
Real estate is a “market” like any other. Ultimately, all the variables that influence a market roll up to two that matter most – supply and demand.

If demand is greater than supply, prices increase. And vice versa.

In case you needed a reminder, this is what it looked like last year when demand picked back up after the holidays. 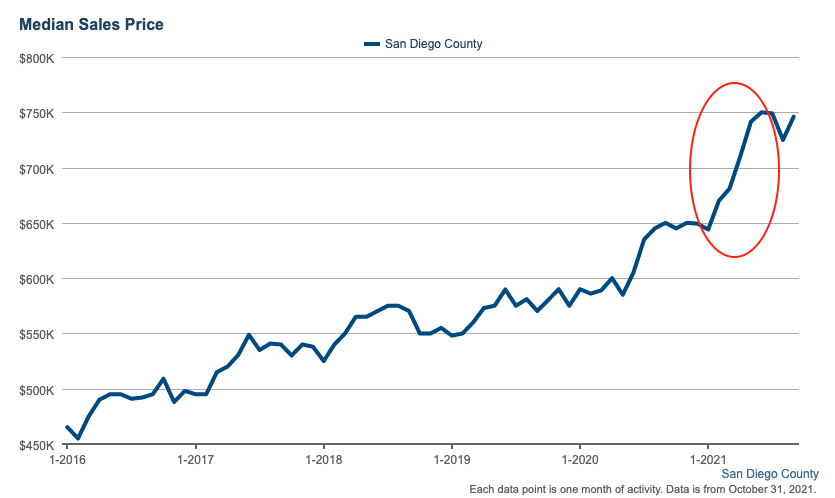 There is no doubt in my mind….we’ll have a lot less supply of homes for sale in the upcoming Q1 than we did this year.

Yes, rising rates and higher prices will also serve to lower demand, but it will also continue to lower supply as well.

New listing volume is WAY down, which makes total sense. Sellers can’t afford the new housing environment we find ourselves in today. It’s cheaper to stay put. Empty nesters can’t afford to downsize. Moving up is becoming harder and harder.

And don’t forget, we still have a big wave of higher-earning millennials flooding the market to buy homes. We also have a lot of higher-earning professionals from other (even more expensive) parts of the state, country, and world at large moving into America’s Finest City where our prices are still a bargain compared to what you get (perfect weather and beaches).

I’m not saying I like it, but the stars are aligned once again for massive price gains in Q1 and Q2 unless something big happens to disrupt demand.

I’m not expecting $50k-$100k over list price to be the norm again, but definitely bidding war situations and an above-healthy level of appreciation.